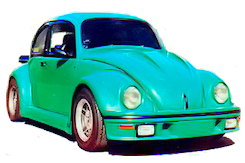 In 1939 Berlin would not exactly have been the first choice of City on either your travel itinerary or your real-estate portfolio. Somehow, dodging bombs and bullets has the uncanny effect of making people run away. However, John Sherman, founder of Volks Conversions, had little choice.

Born in Budapest Hungary in 1939 john started his schooling in a place called Regensburg Germany and he has vivid memories of running for bomb shelters or any other haven during the Berlin blitz by the allies. So it’s little surprise to learn that as soon as peace was declared, John, along with his mother, father, brother and sister left Europe via Naples in Italy in 1949 migrating to Australia when John was only 10 years old.

During the war years, very few in Germany saw much of the Beetle, as its production lines were high jacked to feed the war machine. John’s first choice of car was a 1956 Beetle, probably had little to do with any influence from wartime Germany. In fact, it was the famous REDEX trials in Australia that drew his attention to the Volkswagen, with the little Beetle often beating larger capacity cars. However, the REDEX beetles and Johns own car, both suffered from rear wheel tuck-in, with the REDEX drivers often meeting disastrous ends.

For John it was more an issue of pride, rather than safety, which annoyed him most about this Beetle flaw, as his brother in a Ford Prefect would always almost beat him around corners. John studied the Prefect and found the car came standard with a ‘Camber Compensator’. Knowing it was something the Beetle’s handling would benefit from, he enlisted the help of Donaldson’s Spring Works in Brisbane and made one for his Beetle. It worked and not only could he now beat his brother, but he also managed to sell a couple to his mates. These were the early beginnings of John’s passion with making the Volkswagen car even better to race at Lowood Queensland.

Not content with the improved handling, in 1959 John obtained a genuine Okrasa Twin Port 1200cc kit, which consisted of the Twin Port Heads, Porsche Carbies and Forged Crankshaft. Although this kit cost John almost two thirds the price of a new Beetle he could now beat the Renaults, Fiats and Minis, until of course, the Cooper S came along. 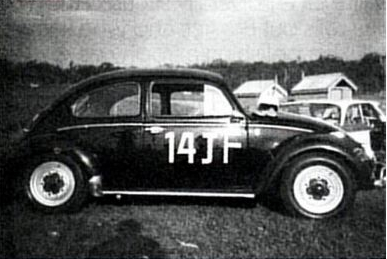 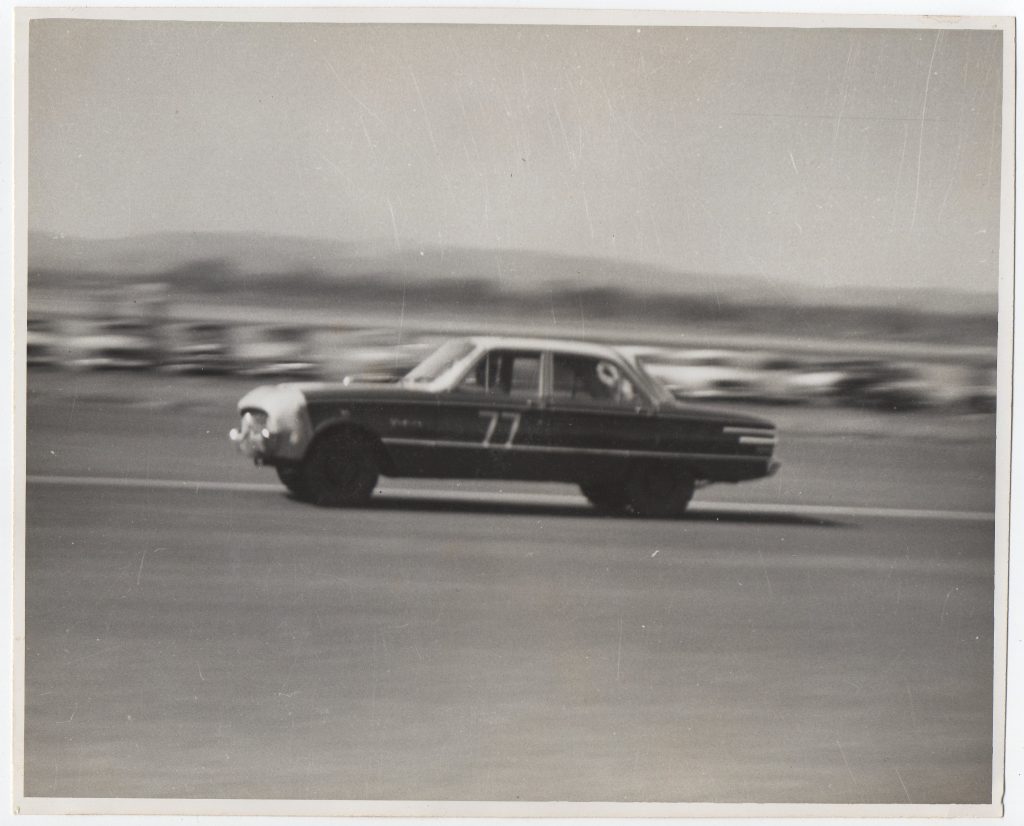 Later in 1960 John bought the first Australian Ford Falcon XK and raced it at Lowood Qld. In 1961 being the first Falcon ever raced in the Australian touring car championship.

In 1962 and 1963 the XK Falcon also raced at Lakeside when the track was first opened. Four-wheel drum brakes and cross ply tires made it all an interesting experience.

His skill in tinkering with VW’s then turned to Buggies in 1966, John began building MANX Beach Buggies and American Styled Baja Bug Kit.

Then, in 1968, John designed Front Disc Brake and engine adaptor conversion kits for Beetles and Kombis for increased horsepower and performance.

He eventually designed rear disc brakes as well and he incorporated callipers from Lancia, Fiats and Renaults, which already had disc brakes fitted as standard. Little by little, John was extending his range of aftermarket improvements. However, just as things were moving along nicely, John became distracted by the rotary engine and began tinkering with a new 1970 Mazda Capella RX2 sedan, which he raced at circuit and drag events. The car was “Unreal” (quoted John) as it slaughtered everything else on the track at the time. This led John to think about installing the RX2 engine into a Beetle. He designed an adaptor plate for the VW gearbox fitting the rotary without altering the body and engine panels and consequently led John to begin to apply his knowledge to the other adaptors.

Between 1970 and 1973, John drove cabs to make ends meet, while during his spare time, he developed and improved his adapters. Then in 1973, John began his business Volks Conversions at Southport on the Gold Coast, eventually moving to Labrador where the business is today.

John’s discs are made from his own castings, NOT redrilled discs from other cars. John has refined his production today so that each disc conversion sold fits like it was made for the car. John is also the designer of the Carrera Kits, which he began making in 1976. These bolt on fibreglass kits were quite popular during the eighties and there are still some fine examples around today.

Since 1974, John’s most popular conversion by far is the Subaru motor into Beetles and Kombis. Time spent getting the adaptor plates correct for each conversion means trouble free installation and precise fit with Volks Conversions offering over 120 different engine adaptors kits. He also has rear disc brake conversions for Trikes, an increasingly popular recreational vehicle.

Not that John is now sitting on his laurels, he is still playing and designing new disc brake systems and engine conversions. When will he ever stop!! 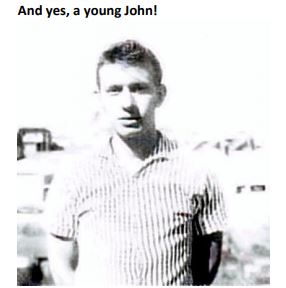 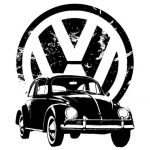